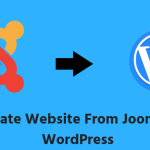 How to Easily Move your site from Joomla to WordPress

Posted on May 21, 2020 by HireWPGeeks In Joomla to Wordpress

You are here reading this blog means you already own a website and are planning to migrate your website to WordPress from any other hosting service, which in this case is Joomla. Migrating from Joomla to WordPress will offer diverse functions at your disposal. Bear in mind that WordPress here is the full-fledged WordPress.org server […]

Posted on November 5, 2018 by HireWPGeeks In Joomla to Wordpress

Joomla is a good open-source platform for web development but it is not as versatile or powerful as WordPress. The complicated nature and limited design or functionality options prompt people to migrate website from Joomla to WordPress. The process can be done either manually or with the help of a tool. In this article, we […] 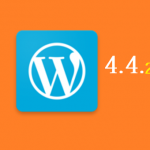 Posted on February 8, 2016 by wpgeeks In CMS to Wordpress

In 2 months since 4.4 Clifford’s release in December 2015, WordPress has released 2 major security updates, the second one a few hours ago (at the time of writing). This post lists those fixes and why you should update to 4.4.2 immediately (if you haven’t already). The Fixes: Two major security issues and 19 bugs […]